Intersex: Everything You Need to Know About the 3+ Biological Sexes

Male and female aren’t the only biological sexes.

There’s a third biological sex that has remained mostly invisible. An odd situation since it is recorded that intersex people are about as common as people with red hair (i.e., more than 1% of the population).

What is it about Intersex people, and why have they remained under the radar for so long?

Stick with me through this article and find out everything you need to know about intersex.

Intersex is a general term used for a variety of situations in which a person is born with reproductive or sexual anatomy that doesn’t fit the boxes of “female” or “male.” Sometimes doctors do surgeries on intersex babies and children to make their bodies fit binary ideas of “male” or “female”.

The problem with these fixes is that things could go south for the individual. One clear example is how the surgeries themselves aren’t always medical necessitates and can lead to complications.

Organizations such as the United Nations (UN) and World Health Organization (WHO) consider these fix-it surgeries as human rights abuses because they can have severe physical and psychological consequences for the individual.

For those saying “ok but in the end, there is still an xx or xy chromosome that determines your sex” I must counter by saying this is once again untrue. There are a variety of chromosomal patterns that fall outside the two most common and these chromosomal variances due sometimes result in the individual possessing traits seen as more biologically androgynous.

Intersex is not a disease. Recently, more awareness has been created that informs parents to refuse unnecessary surgeries. Instead, parents of intersex babies and children are encouraged to let them make their choice when they’re older. Chromosomal variances sometimes require intervention; however, treatment doesn’t mean one needs to conform to a biological sex that scientifically they simply do not match.

Let’s Wrap This Up…

There aren’t just two biological sexes, there is at least 3, heck maybe more if you count each variance individually (hence the 3+).

One Powerful Learning Trick; Read This If

Panic Attacks Are Not Fun; What to

The Second Language I Learned With Auditory 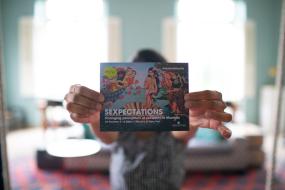